First deportations. Those who were old enough to work were everywhere placed under the command of the occupying forces : Germany, French frontline areas and occupied Belgium. 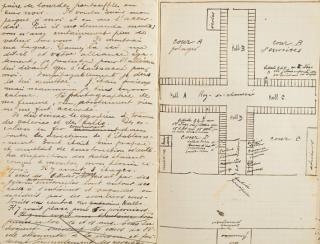 DIEST : A JOURNEY WITHOUT END AND 3 ESCAPES. Jean DM was only 18, when he attempted his first escape, in October 1916, after spending 7 months in the camp. Recaptured in Dorsten, he was sentenced to 6 weeks in prison and was then taken to the Brandbauer Kommando, in early May 1917.

I was arrested in Webbekom (Diest) on 1 March 1916 and taken to Diest Citadel, where I was sentenced on 1 May to 5 months in prison and to be deported to Germany for having sought to cross the border and enlist in the Belgian army.

Transported to the prison camp in Holzminden, I was forced to work in the fields. Five days afterwards, I was taken to Brandbauer Kommando (Dortmund) Zeche-Minister- Achenbach, coalmine where I was employed as a labourer loading and unloading irons.

ALWAYS FLEEING. Jean DM tried his luck a second time but was arrested in Gelsenkirchen and taken to Crefeld prison, where he stayed for 6 weeks before being taking for a second time to Brandbauer. After convalescing in the hospital subsequent to an illness he was sent to Lünen prison for refusing to work.

In December 1917, Jean DM escaped once more but was arrested and sent to Munster prison, where he stayed for 3 months. He made soup ladle handles while he was there. On his return to Holzminden, he finished his journey with the German farming community, loading beetroots. He returned home on 25 December 1918. 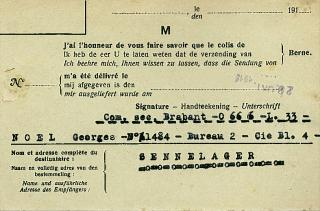 DEPORTEE FROM LIMBOURG, 1916. Georges N. was 17 years old when he was imprisoned in September 1916 in Veldwezelt, after trying to cross the Dutch border to join the Belgian army in the field. After spending 2 months in Tongres prison he was kept for over 25 months in Sennelager, and assigned the number 11.484.

We are pleased to inform you that we have received some news about Mr Marcel N. (…). He is still in excellent health, as is his brother Alfred, his uncle Fernand, Adèle, Jean and Georges and is eager to hear your news.

NO NEWS OF THE FAMILY LEFT BEHIND. In February 1917, concerned about his family, he tried to get in touch with the International Committee of the Red Cross (ICRC) to obtain some news. 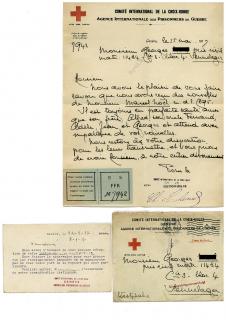 The eagerly awaited letter reached him on 15 May 1917 with some welcome news. He saw them again in December 1918.

I believe I was acting specifically out a sense of patriotism, by flatly refusing to comply when I was requisitioned, with the orders of the occupying authority.

GENERAL REQUISITION IN FOSSES, 1916. Subsequent to a general requisition of the male population in Fosses, Joseph P., a railway worker who had been unemployed for 2 years, was deported on 25 November 1916 to the Cassel camp. Repeatedly refusing to work, he suffered various kinds of ill-treatment. 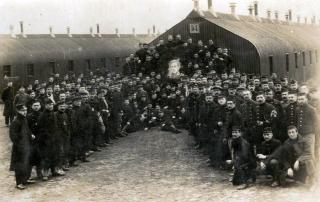 DETERIORATING STATE OF HEALTH. Joseph P’s respiratory problems began in January 1917. His poor state of health was exacerbated by his general weakness owing to a lack of food. Forced to work in a chemical plant, he also began to have problems with his feet, owing to the intense cold.

Repatriated on 7 November 1917 as he was unfit for work, he was confined to his bed for 6 weeks. More or less recovered when the Armistice was announced, he was still unable to return to his job in the rail industry, as the railway line had been destroyed. He did not start work again until May 1919. 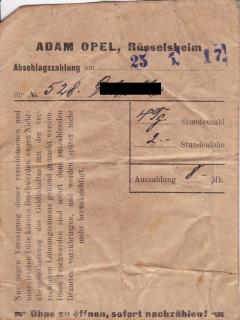 1917 : EMPLOYED IN THE OPEL FACTORIES. In 1914, Adam Opel’s car company (Russelsheim) was the market leader in Germany. When war broke out, the company had to allow several thousands of its German workers to be sent to the front but production continued, as a result of using foreign labourers from the camps. 28-year-old Jean D. from Antwerp, a painter, left Meschede camp in November 1916 and was forced to work for 2 Marks a day on the car assembly line, until his return from deportation in October 1917. 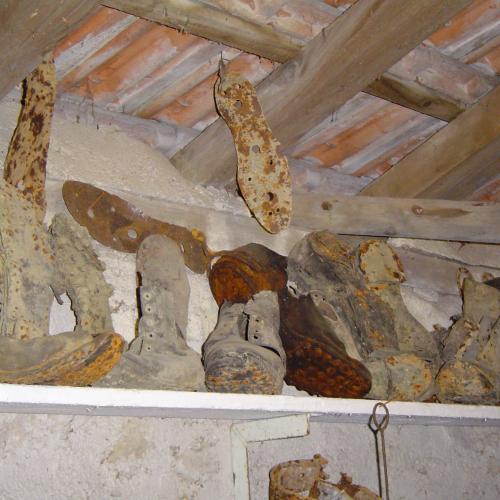 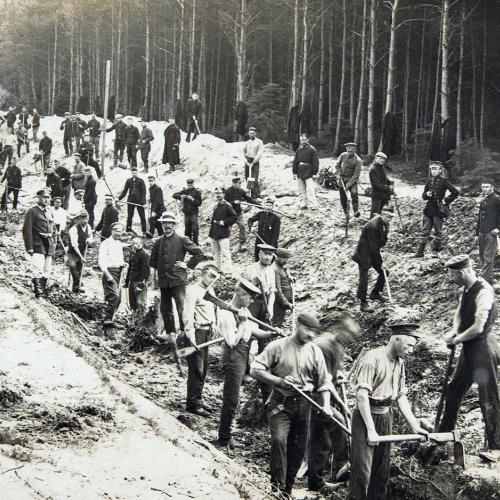