The Directorate-General for War Victims enforces civilian war victims’ legislation and also manages the war archives, which are of huge heritage value. 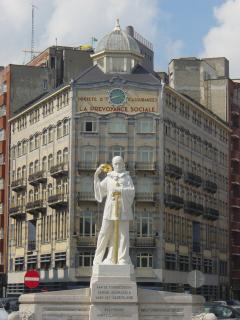 The Ministry of Economic Affairs (War Damages Office) was first of all responsible for examining war damage people sustained between 1914 and 1918. The first annuities, allowances and settlements were paid by the Ministry of Finance, pursuant to war damage court decisions. This responsibility was then handed over to the Ministry of War Victims. 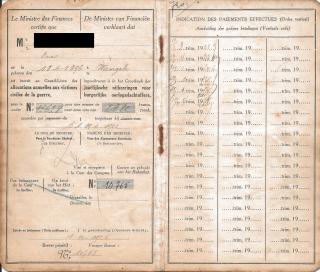 There is no doubt of the intention to offer advantages to all the victims, of any kind, whether shot by chance or subsequent to a judgment, whether they be people who died after they were deported or as a result of their deportation.

ALLOWANCES FOR CIVILIAN VICTIMS. They are calculated on the basis of scales, identical to those of military victims. The first ones were published on 12 June 1919, and have been constantly updated until the present day. In late 1920, 223,322 requests were made to the war damages courts, worth an overall value of 123,523 million Francs. The final deadline for submitting a request within this context was set as 31 December 1928. 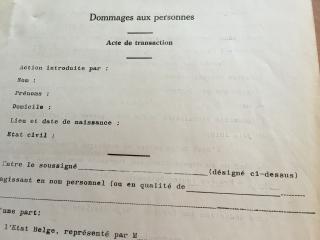 Paid to military and civilian victims of the 1914-1918 war, pensions, annuities and allowances were settled by the National War Pensions Fund after 1925. The responsibility was transferred to the Public Federal Service for Justice in 1979 and to the Public Sector Pensions Service in 2014.