The DG for War Victims has 732 metres of archives relating to requests for compensation to be provided to the civilian victims of the 1914-18 war : roughly 242,000 individual cases. These recorded and classified cases are accessible to the general public subject to certain conditions. 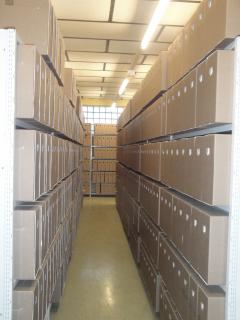 DIGITIZING. The DG for War Victims has been striving since 2013 to make the files available in a digital form. All the files are entered in a database program so that a case record can be found not only through the person’s name but also through the individual’s data of birth or even place of residence.

Once the database has been completed, in the summer of 2015, searches will be much simpler. If, for example, a name has different spellings, a digital search offers more options. Consequently, even a search based on the place of residence will become feasible.

ACCESSIBILITY. Until recently, the only way of gaining access to case records was through a set of files classified in alphabetical order. These files did not contain a great deal of information: the contact details of assignees, information on which the War Court decision was based and the serial number of the case. This meant that making searches in the context of an extensive investigation would turn out to be extremely tedious. 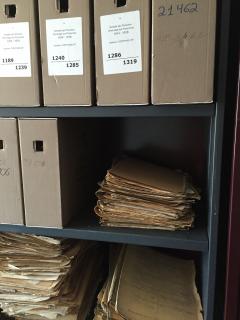 IN BOXES. In order to allow more efficient access to the archives and to enable interested parties to consult them, the series nonetheless had to be reclassified. When necessary, folders that were too damaged or broken were replaced by new ones. The repair of a collection was followed by the bundles of sorted records being wrapped in acid-free paper and placed in suitable archive boxes. At the same time the old shelves were replaced with new ones that were better suited to the height of the boxes. 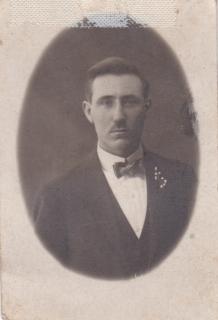 MAKING ROOM. In 1990, the DG for War Victims presented the Royal Archives of the Kingdom with roughly 112 metres of archives comprising transcripts of records of cases dealt with by the War Crimes Court (1918-1983), Civilian Disablement Commissions and records of Belgian prisons (1914-1918) and 40 or so German prisons holding Belgians during the conflict.