REBUILDING IN THE CONTEXT OF NATIONAL SOLIDARITY. Belgium, 11 November 1918. The war was over but another struggle was taking shape: reconstruction. Up until then no warring side had ever imagined that devastation on such a scale was possible. However, expectations were high but it was difficult to know where to start.

No cause was more worthy that that of these widows, mothers or grandmothers, of these children who had seen their homes set on fire and pillaged, a spouse, a son (…) tortured and slaughtered. Such were these horrors and these crimes beyond the human understanding of a supposedly civilised century.

RECOGNISING CIVILIAN VICTIMS. In the spring of 1919, Parliament decided to be generous to civilian war victims because, just like soldiers, “the civilian victims of war have had to shed their blood for the nation”. The first count was a gruesome one: 6,000 deaths at least, 6,000 to 7,000 orphans and 125,000 people deported. 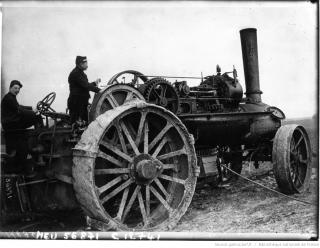 PHYSICAL DAMAGE. Belgium was obliged to devise new approaches because no law had been created prior to 1918 to offer compensation to civilians wounded in body in the event of a conflict.

On 10 June 1919, the first law along these lines was voted in, to be subsequently extended and coordinated on 19 August 1921. This piece of legislation addressed the physical damage resulting from acts of war suffered by Belgian citizens who could offer evidence of not having collaborated with the German occupying forces. This law did not deal with the concepts of non-material damage and psychological and post-traumatic suffering, as little was known about these at the time. 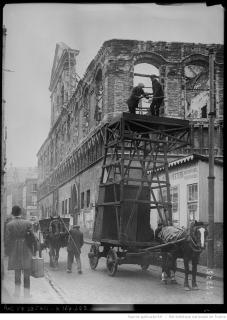 26 WAR DAMAGES COURTS. They were created in every judicial district for the purpose of applying the legislation and deciding on the award of annuities and allowances. They were replaced on 13 August 1935 by 4 Civilian Disablement Commissions (Brussels, Liège, Ghent and Ypres). 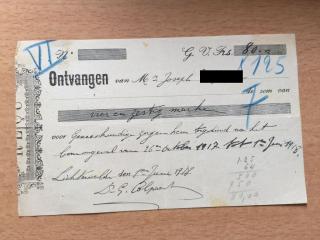 UNIQUE ARCHIVES. One century after the end of the 1914-18 war, administrative documents are valuable resources for finding out about the lives of Belgian people since 1914. They are immensely interesting as they offer first-hand accounts to enable more detailed investigations to be made of the First World War’s impact on people’s daily lives.