An example of the very many towns and cities that suffered is Aalst, in East Flanders, where the number of deportees totalled 1,567, whereas the number of inhabitants in 1914 was 35,600. For his research, Dirk Meert (2013) relied on various archive resources from the city itself and other locations. The individual stories of the victims are kept in our records but the work undertaken by D. Meert shows the extent to which the requisitions shattered the social fabric.

Most victims are inhabitants of the suburbs, not in the center of the city.

FEAR IN THE CITY. The imposition of forced labour in the staging area in October 1916 had a huge impact on the local communities. A growing labour shortage compelled the occupiers to requisition a large number of males, generally adopting a heavy-handed approach to do so, while the victims were allowed very little time to prepare for their departure. Once they arrived at their place of work – frequently to the rear of the German front – these men started to live a terrible ordeal owing to the gruelling work, the shortage of food and the unhygienic conditions. A lot of them did not survive their deportation.

During a first summons, on 16 October 1916, roughly 600 men were assembled and taken away. They were incorporated into “Zivilarbeiter Bataillon” (‘ZAB’) in the French city Le Cateau. A second requisition took place on 9 November 1916. Once again the German soldiers arrested 600 men and took them off to some warehouses close to the station. They were also taken to a camp in France, near to Onville. Smaller roundups were subsequently made during which the Germans took away 10 to 20 men each time. 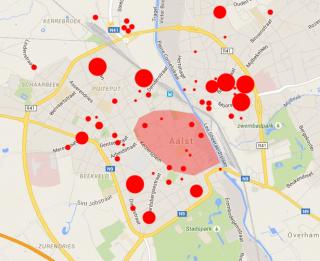 DEPORTEES’ DISTRICTS. A map of Aalst dating back to the 1914-18 period shows where the forced labourers came from. Most of the victims lived on the outskirts of the city. Working class districts emerged quickly in the 19th century as a result of the booming textile industry. This was particularly true on the right bank of the river Dendre. Roughly 275 men from the Moorselbaan – Groenstraat – Binnenstraat were taken away. Some houses had as many as two males who were deported.

Similar situations existed in the western part of the city, in the Sint-Job district, and in the northern area, near Ledebaan. In the working class district close to Guldenboomplein, which had a hundred or so houses spread amongst four alleys, 40 men were deported. 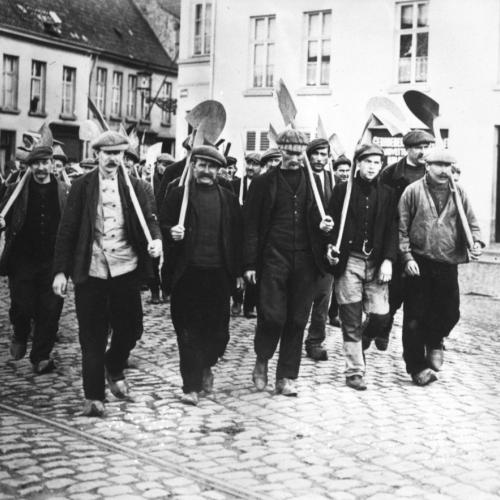 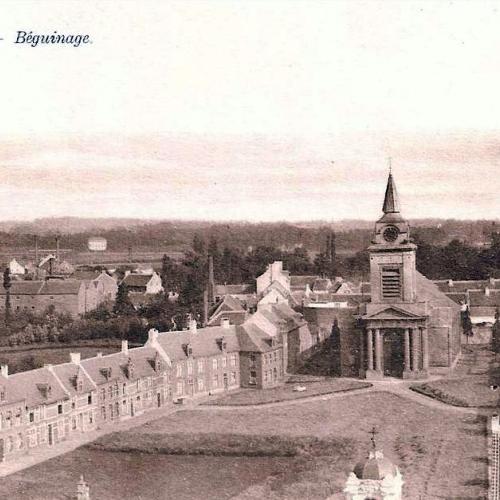